In recent years many studies regarding scientific questions on ignition processes have been carried out successfully, in which the main focus was on how to achieve and ensure ignition. Especially ignition sources used in combustion-based applications such as SI or Diesel engines are studied for many decades due to their practical and economical importance. However, many safety-relevant research questions could not be solved in these studies. Safety engineering relevant ignition processes occur on rare occasions, but with fatal consequences when they do. Therefor a research group was founded, in which the ITT will investigate ignition events under safety engineering considerations in cooperation with other institutes from KIT, the Physikalisch-Technische Bundesanstalt and the University of Magdeburg. The goal of the research group is to develop, supply and validate simulation tools (mathematical modeling) for different ignition processes in turbulent environments, whereat auto-ignition, ignition by hot particles, ignition by electrical discharges, ignition by hot jets and ignition in turbulent flow fields are taken into account. The subproject “Physical and chemical models for ignition processes” covers the development of mathematical models, which describe certain ignition events. These models will be validated by experimental data gained from other subprojects of the research group. Currently the main focus of the ITT is on mathematical modeling of ignition by hot free jets and ignition by hot particles such as mechanical sparks.

Ignition processes are governed by a strong interaction of chemical kinetics, molecular transport and flow. In order to allow a reliable modeling of such processes and to obtain overall models with a predictive character, sophisticated models have to be devised which are able to describe the variety of different processes. The emphasis will be on the underlying physico-chemical models at first. Thereby the spatial configurations will be simplified to generic one-dimensional (or two-dimensional at most) geometries. In a further step the coupling of the ignition sub-models with models for complex flow fields will be developed. Afterwards modeling of more realistic fuels such as Diethyl ether and thereby systems with more complex chemistry is aspired.

Mechanical operations like cutting, drilling, hammering and reshaping processes could result in formation of small hot metal particles which evidently are prime sources of mechanical sparks. Mechanical sparks could be classified as small glowing particles with or without a reaction zone around it. The mechanical sparks play a significant role in safety assessment studies of ignition of combustible mixtures. The potential of these sparks to ignite a combustible surrounding depends on generation process, material composition and ambient conditions. These produced hot particles fly through an ignitable gas mixture dissipating their energy to the surrounding by heat conduction and radiation. The energy dissipation is large and fast to ignite gas mixtures well below self ignition temperatures, owing to the large surface-to-volume ratio. The escaping vapours can further influence the ignition possibilities due to chemical and physical interaction with the combustible mixture. 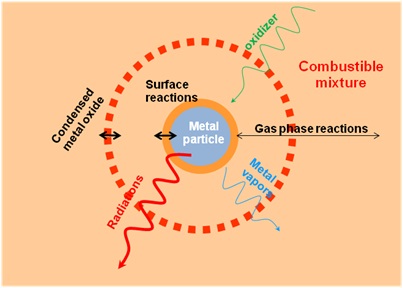 Fig. 1: Schematic of ignition around a single metal particle in quiescent environment.

In our research group we are working on development of a generic numerical model which could simulate ignition of combustible mixtures from mechanical sparks. In the first phase of development, detailed investigation of ignition process is studied, accounting for detailed heat and mass transfer in particle and gas phase, detailed treatment of particle/gas interface together with detailed chemical kinetics in gas phase. The detailed simulations will be used for developing libraries of various ignition scenarios for different and complex materials and combustible mixtures. In the second phase of the development, these libraries will be implemented in PDF model based on joint probability density function of velocity and scalars for simulation of ignition processes in turbulent environments. 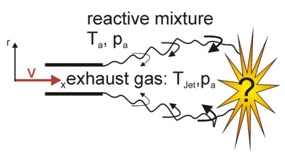 Fig. 2: Schematic representation of an ignition scenario by a hot free jet.


This sub-project deals with the behavior of hot, reactive free jets into a reactive ambience. Fig. 2 illustrates the exhalation and mixing of a hot, reactive free jet, such as exhaust gas, into a reactive ambience. A flow into the open ambience is called free jet. Free jets could appear due to leakage of a pipeline or an aperture, for instance. It often exhales with high axial velocity into mostly quiescent ambience. Thus, shear layers are formed, which is why the flow needs to be considered fully turbulent shortly after the outlet. These turbulent shear layers are forcing mixing of hot, reactive free jet and ambient gas, in which this effect increases upstream. Throughout this procedure an ignitable mixture is gained, which could ignite under certain conditions and which is to be investigated by means of this sub-project. To investigate whether or not the system is able to ignite several simplifications are made. The spatial configurations are simplified to generic one-dimensional geometries and the system is investigated without considering a turbulent flow field. Among these simplifications a parametric studies is executed to investigate the influence of exhaust gas (jet) temperature and configuration, configuration of the reactive mixture, radial width of hot jet and the strain rate on the ignitability of the reactive ambience. Fig. 3 illustrates a local ignition map of a H2 – air system, from which the minimum radial width of a hot jet can be determined according to the tangential pressure gradient, which is proportional to the local strain rate, and jet temperature. By means of local ignition maps the coupling of chemical reaction and turbulent mixing is realized in an in-house developed hybrid PDF method. Data determined from experiments is used to validate data obtained from simulations applying the evolved mathematical models. 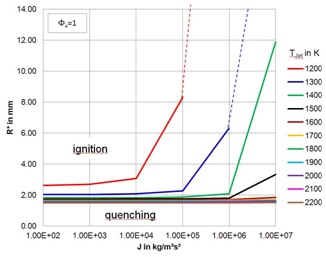 Fig. 3: Ignition map to illustrate the minimum radial width of hot jet as a function of the tangential pressure gradient (proportional to the strain rate)  and exhaust gas temperature of a H2 – air system.